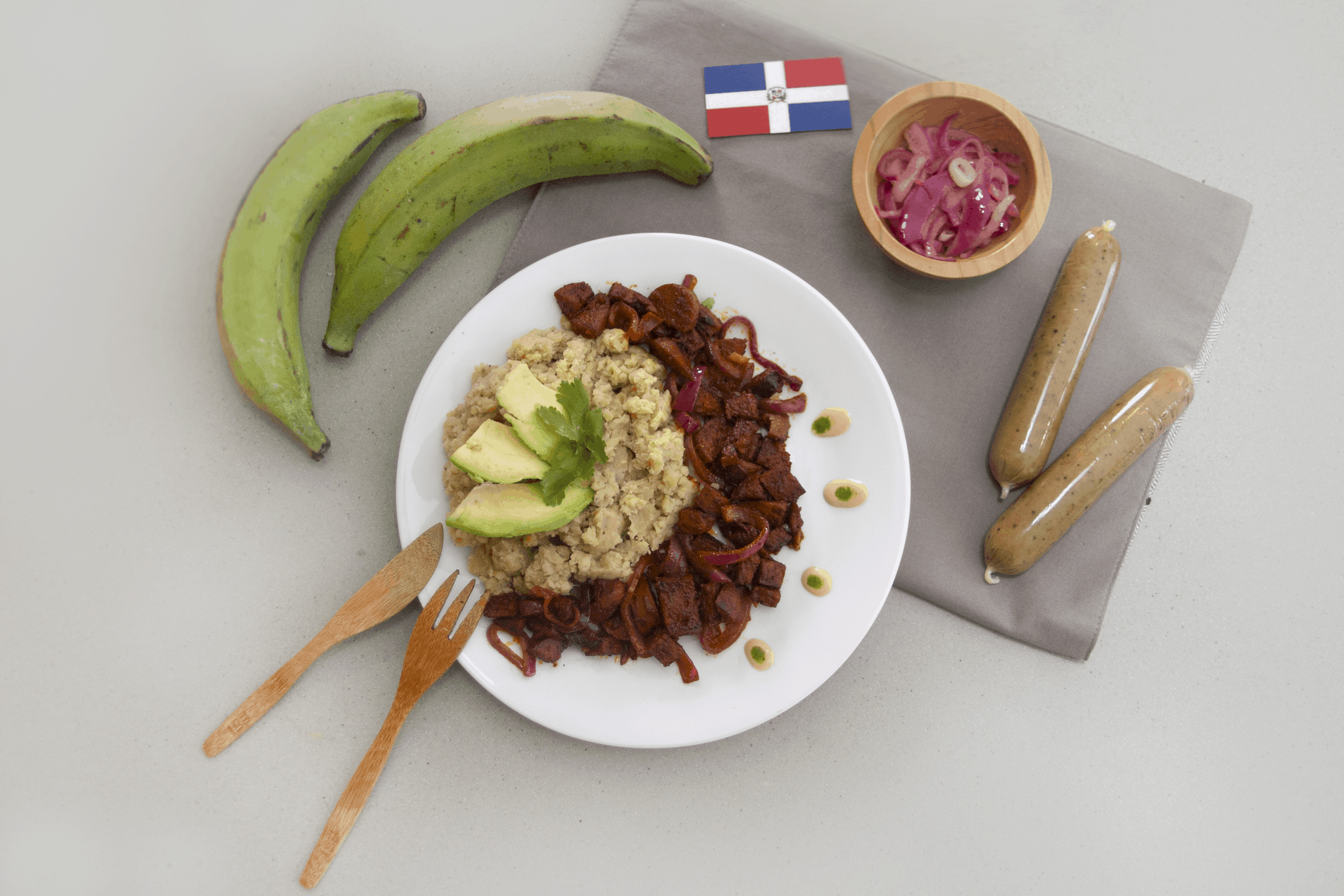 Salami stewed in a tomato, vinegar, and pickled onion sauce is a classic in Dominican cuisine because it is quick, good, and cheap! We grew up eating fried salami and stewed salami with plantains. Some folks are so inspired by this combination that they created a song and YouTube video called Platano Con Salami, which went viral! When we learned that Salami is actually beef, pork, animal fat and other mystery bits that are filled unhealthy fats, we vowed to stop eating it and were sad we would not be able to eat Platano Con Salami again! Until we discovered vegan sausage — made out of grains! We experimented with Field Roast vegan sausages to recreate salami guisao’ (stewed salami) and it was just as delicious, if not better. If you are a salami or sausage fan we encourage to try this vegan sausage and give our vegan version of salami guisao’ a try!

Want to learn to make this at home?